An Intro to the Electric CARS Act 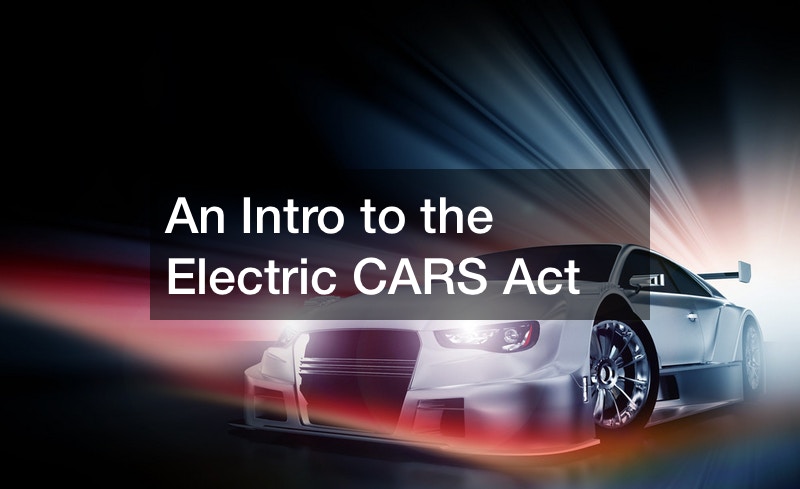 The evolution of automobiles is being witnessed across the world. Cars are no longer powered by diesel or petrol but electricity. The emergency of electric vehicles in the market has created a different avenue that many people are enjoying. As much as it has not been embraced fully, electric cars are gaining popularity as governments find them fit to use and good for the environment. Several government incentives have been established for plug-in electric vehicles. Such incentives include tax credits and subsidiaries to encourage people to buy and use electric cars.

The use of fossil fuel has been present for generations. However, with the need for an environment-friendly energy source to power cars, governments are starting to phase out gasoline-powered vehicles to pave the way for electric cars. Electric vehicles are considered to be the game-changers in the market, especially with the technology in place. The introduction of the Electric CARS Act has opened the right direction for governments and people to get the most from electric vehicles.

What Is the Electric CARS Act?

The Electric CARS Act is a new bill proposed in Congress to introduce and advocate electric cars. The Act also aims to notify, create awareness and update the Electric Vehicle tax credit bill. The tax credit is to be extended by almost 10 years so that a phase-out of eligible vehicles from established manufacturers can be done. The buildout of more electric car charging infrastructure is among the many things the bill seeks to support.

The Electric CARS Act was introduced on April 2, 2019, in the 116th Congress (2019 – 2021). While it was first introduced much earlier, it did not get the required votes until 2019. The primary reason for introducing the Electric CARS Act is the ongoing climatic chaos experienced due to increased air and noise pollution worldwide and not just in the United States of America. Record-setting climatic changes and calamities such as winter storms, catastrophic fires, and violent hurricanes contributed to the Electric CARS Act’s proposal by several Congress legislatures.

How the Electric CARS Act Can Be Helpful

Through the bill, electric vehicle consumers will access the tax credit for the next 10 years. This means that regardless of the manufacturer the consumer buys the car from, the tax credit will apply. The tax credit helps consumers avoid the price burden of purchasing new cars, especially in the competitive market.

The tax credit can be used for over five years. The five-year use period allows the consumer to apply for the credit when making the purchase or later on without questions being raised. The Electric CARS Act makes the credit more applicable to both the buyers and the manufacturers without large tax liabilities.

The Electric CARS Act is focused on infrastructure. With the understanding of how relevant charging points are for the cars, the bill supports the building of such points among other infrastructure that will allow for the better and easier rollout of the electric cars in the market. It will be easier to prioritize wealth management services with the Electric CARS Act, especially with charging systems.

How Does an Electric Car Work?

Unlike the traditional petrol and diesel cars that run off internal combustion engines, electric cars are powered by an electrically charged battery pack. The motor is powered to enable it to turn the wheels. Electric cars depend on electricity for power. This means that you cannot substitute with petrol or diesel to power the wheels. The power is supplied when the car owner plugs in a wall socket and lets the battery charge fully. It is plugging in the car’s charge port to an electricity source that the battery receives power stored inside the car.

Electric cars are considered environmentally friendly and are mostly chosen by eco-conscious drivers. The cars are also quieter than the ones powered by petrol or diesel.

Components of an Electric Car

The battery is vital in an electric car as it is used to store electrical energy that powers the vehicle. In a battery pack, there are several cells grouped into modules. The battery is only ready to use when sufficient energy is stored. Over the years, the battery technology has improved for high efficiency within the car. Lithium-based batteries are the currently used ones for electric cars. Lithium batteries are preferred because they have a lower rate of discharge. It is important for the battery always to have a charge even if it isn’t driven for a while. The car engine has aluminum components that prevent massive wear and tear after a while on the road.

The controller is the brain of the vehicle. This is because it manages all the parameters in the vehicle. The information from the battery is used to control the rate of charge. The pressure on the accelerator pedal is also translated to adjust the speed in the motor inverter. The performance of electric car suspension relies on the functionality of the controller.

The electric car has a standard charging cable that is stored in the vehicle. The cable is used for charging at home or standard public charge places. Having a charging cable is vital during emergencies.

Benefits of Buying an Electric Car

Electric cars are becoming common in the market than in the past, thanks to good and reliable technology. When you shop for a new car, take note of the different electric car models available in the market. Unlike the past, when they were only limited to a range of 80 to 100 miles, nowadays electric cars can run for miles as long as it is powered well. With the increased popularity, owning now means enjoying the related benefits:

Compared to gasoline-powered vehicles, electric cars need less maintenance. Having an electric vehicle means avoiding auto repair maintenance such as constant oil change, replacement of air and fuel filters, spark plugs, and catalytic converters. The fewer maintenance needs you have for your car, the higher the chances of meeting your goals.

The electric car’s engine is much simpler as there are fewer components than the internal combustion engine. The simpler the engine, the less wear out of the key components as the maintenance objectives are met with ease. While the transmission of a gasoline-powered car has a multi-speed gearbox, the electric car a single-speed transmission, which makes it much easier to take care of.

The only exception that one will get while using an electric car is the battery. Over time the battery will reduce its ability to hold a charge and start to fade. At this juncture, replacing it with a new one will be the best thing to do. However, a good battery will serve your car for more than 100,000 miles before the need to replace it arises.

Electric cars have cutting-edge technology, which puts them among the best in the world. They have highly connected and feature advanced tech. The high-tech equipment also improves their performance hence making them preferred by most drivers. Apart from the high tech you get to enjoy, you also pay less in fuel costs and maintenance. Electric cars become cost-effective in the long run. Owning and driving an electric car helps you to keep things moving in the right direction. Compared to using petrol or diesel cars, electric cars give you the comfort needed.

Electric cars are not cheaper in terms of buying one but the cost required to charge the battery. The cost of electricity needed by the electric car is almost 40% less than buying petrol or diesel. If you feel the charging point’s cost is much higher than expected, you can consider charging using a solar PV system. Electric cars being cheaper to run means that saving money becomes easier in the process.

The less harmful exhaust emissions are, the better the health of people around you. When the quality of the air is high, fewer health problems will be witnessed. The cost of medical services will also be lower when fewer people are falling sick. Electric cars are also quieter, which reduces the noise pollution experienced by most regular vehicles.

Tips for Buying an Electric Car

With the Electric CARS Act being considered, many people are making efforts to buy and own cars. You must have information on how the Electric CARS Act will benefit you as a consumer. You should also have the relevant tips on buying an electric car to make the selection process easier and smoother.

As much as electric cars are environment-friendly, they are costly. The complex electric drive train and the battery packs are pricey compared to regular cars. You need to be critical of the costs of the car before heading to the market. This means looking for information through research and talking to experts before making a decision. However, with the Electric CARS Act, you can get a reprieve in the long run as a consumer.

You should note that electric car consumers enjoy tax benefits. Through the Electric CARS Act, introduced by the government, electric vehicles’ overall cost has been reduced. With the knowledge about such incentives and tax benefits, it will be easier to achieve your objectives.

Unlike regular cars, electric cars come with a wider range of motors and battery packs. The battery packs also come in different capacities. When choosing a car, it is important to pick one with the specifications that meet your requirements. You don’t want to have an underpowered car that will only irritate you instead of helping in your endeavors. Consider going through the technical details thoroughly with an expert before deciding to buy one.

How much info do you have about electric cars, their brands, and models? If you have less information about the brand and models of electric cars, you must research intensively before heading to the market to buy one. You should also note that the brands and models will determine how far you will go with your budget.

Technology advancement has enabled electric vehicles to be massively manufactured and adopted in different countries across the globe. These countries need to have guidelines and regulations for these electric cars.